The boy not only lost the money but also came close to losing his life.

He is like his mother not only in appearance but also in character.(not only+介词+名词，but also+介词+名词)

We have read one of his novels as well as a few of his plays.

The kind man gave me some advice as well as some money.

The prospects both excited worried me.

I don’t know the answer， neither/nor does she.

She couldn’t speak German， neither/nor could anyone else in the class.

She could neither speak English nor write it.

We work neither for fame nor for personal gains.

We neither know nor care what has happened.

She has failed many times， nevertheless she is confident she will succeed in the end.

You’re in the right， therefore we should support you.

The word is an uncountable noun is used in a general sense， hence(therefore) it takes no article.

First they only quarreled， then they began to fight.

Use your brain， then you’ll find a way.

Hurry up， or you’ll be late.

You may do it yourself， or ask someone else to do it.

He hardly ever goes to the cinema or the theatre.

She was in a hurry that morning. Otherwise she would have stopped to talk with you.

You can come either today or tomorrow.

You may either stay here or go with me. 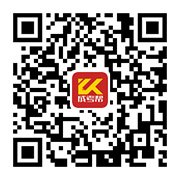